In honor of Halloween

In honor of Halloween, here's a scary flash fiction. It's an older piece I wrote a while ago. The rules for that contest were it couldn't be over 500 words and you had to put the word one-hundred in it. We were given this picture and this is what I came up with :) 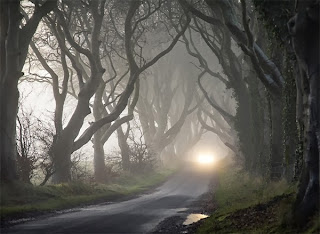 I crouched behind a stump. I couldn't move—couldn’t breathe. All I could do was watch.


The headlights topped the hill and came closer. I wanted to cry out to them. Stop, please. Go the other way. It isn’t safe. You aren’t safe. But my instinct for survival was stronger than my humanity.


Gravel crunched under the tires as they drew near. I could just make out the shadows of two people in the front seat. They'd made it halfway through the tree line. Maybe they’d make it. Maybe this time—


A tree limb reached under the vehicle. Another arm of the tree swung over the top of the car and lifted it off the road. The giant oak wrapped all of its limbs around the car and crushed it as if it were a tin can.


I clasped my hand to my mouth to trap my cries. My heart collapsed inside of me.


No. Please, oh no. Why'd they come this way? Everyone knows these trees are evil.

Soon, I would be too.


Another tree cracked and snapped, like it was popping its knuckles, as it awoke. It snatched the crumbled, metal ball from its neighbor. The first tree grabbed it back. They struggled over ownership, pulling and tugging at their new toy. Their trunks remained rooted, but their braches reached far knocking into other trees and awakening them.


There was no way I could get past them. I needed to go now, but I couldn’t tell the regular trees from the alive ones until they moved—then it would be too late—just the way it was too late for the women.


Just beyond those trees, my son was dying. In my pocket were the ingredients that would save him. I traveled for days for them, once thought to be extinct. Now all that separated me from my child were one-hundred monstrous trees. There wasn’t enough time to go around. They said my son wouldn't live three days. It's been four.


If I tried to sneak through the trees, the leaves and debris would be too loud. The road was open, but smooth. I'd be seen, but it was the clearest path. I rose to my feet.


Embedded in the stump was the blade of an ax. The long, wooden handle had bloody handprints on it. I placed my fingers over the blood stains and ripped the ax from its post.

I would get to my son. Nothing would stop me.

So what did you think? I really enjoyed letting this picture create a story in my head :) Hope everyone has a wonderful Halloween :)

I think I want to know whether or not she made it ;)

Oh, this is some great writing. Thanks for sharing! 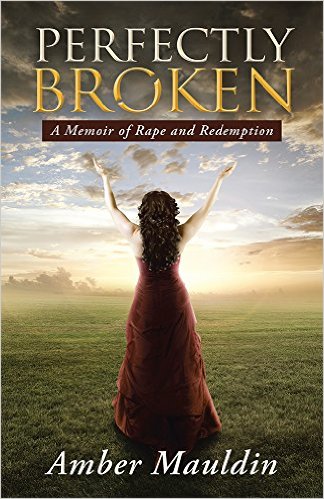